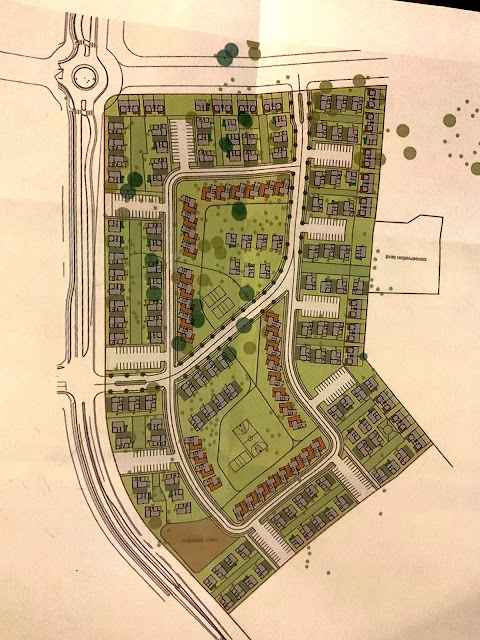 I attended a public Zoom meeting a couple of evenings ago regarding housing development in neighborhood. One thing that is clear is that it isn't possible to build a new housing development without making at least some people unhappy. The other thing that is clear is that most people are oblivious of planning issues until the plan has already been carried out. There were only 30 households on the call, out of what, 200? Probably much more than that were invited.

Soon the neighborhood will be teaming with cars, and the developers already know that the highway will probably have to be widened to 4 or 5 lanes for another couple of miles. Short of a large, organized movement, it's difficult to see how anyone could stop the development from going through, although it must be that the developer was worried enough to hold the meeting. I think that's because they need a zoning change to build out their design.

The main issue I have with it is that all of the new houses are going to be rentals. It isn't an apartment complex, but it might as well be. I'm also a little concerned about their proposed switch of zoning to high density residential. It seems to me that once the zoning is changed, they could simply revise their plan and build apartment buildings. I'm the suspicious type and I wonder, is that the real plan?