Sometimes when I feel down I have trouble getting motivated to get out of the house. I had a free day and could not get myself moving. Finally an idea popped into my head that piqued my interest enough. A couple of years ago I had a phone interview for a job in Kingman, Arizona. At the time I had barely heard of Kingman but did some research on it and found that it was in the Mojave Desert but also had a nice mountain range just outside town that was high enough to have pine and fir forest. I decided that the job was not the right job, a decision I still question sometimes, but had I lived there then it would not have been a terrible place to live as there were enough outdoor opportunities in the area to keep me busy for a while. Anyway, the mountain range, the Hualapai Mountains, had stuck in my head for 2 or 3 years so I decided to finally get out of the house and hustle over to Kingman in time to hike at least 4 or 5 miles if I could manage it.


The drive westward was spectacular of course, this is Arizona after all. I-40 from Flagstaff to Kingman dropped off the Colorado Plateau and into a rolling area of grassland and scrub desert before finally turning to true desert shortly before I arrived at my exit. One of the first things I noticed was that Kingman has palm trees, always a good sign for climate, although in Arizona they normally have to be watered. I'm sure winters are mild in Kingman compared to Flagstaff so it might be a good place to escape this winter if I get sick of the snow.

The park I was headed to was extremely easy to find via GPS. I had hopes that it would not be difficult because I had left so late in the day that I was arriving around 2:30 with the sun probably setting shortly after 6:00. Not much time for wandering around looking for signs if I wanted to get in a hike. The drive up was interesting as I went from a very dry desert with only low cactus and some various other prickly plants like manzanita to pinyon-juniper, to ponderosa pine forest. There was a $7 fee to enter the Hualapai Mountain Park, property of Mohave County, Arizona, and they provided a decent map.

I found the trailhead and started hiking uphill. The trails are obviously heavily traveled. There was a full campground there with numerous cabins and I would say it is probably a regular pastime during the hot summer months for the local residents. I could tell from a few conversations on the trail that most of the hikers were locals, although I did encounter one family that was on their first hike ever. One strongly suspects they were in town from Southern California, which is extremely close to Kingman. I was amused at their interest in my "ski poles." I explained that I was using trekking poles, which are made of titanium and are much stronger than ski poles. They were pretty enthusiastic about hiking so I hope they get out again soon. I believe everyone should appreciate the outdoors as a matter of ethical living so hopefully they are future allies in the fight for land preservation.


At some point on the trail, probably around 7200 feet, I was warned by a father hiking with his child that there was a cow elk around the corner ahead. No sooner did he get out the words though and there was the elk, headed downhill. The other guy moved on and the elk approached a little closer than I would normally like so I moved around to keep a tree between me and it. I got some photos although they do not reflect the extremely close approach of the elk. I'm sure it was within 30 feet at one point. I normally do not like to be that close to large wildlife of that type. As someone once said, wild animals can be unpredictable. Anyway the elk eventually moved on downhill and so did I. 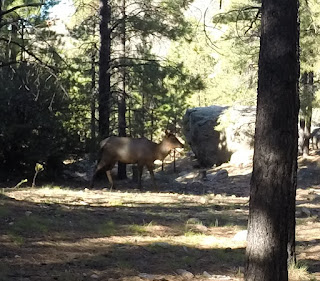 I took the Aspen Peak Trail, although I never saw any aspens despite hiking all the way to the end of the trail at the Stonestep Overlook. However the trail did ascend a LOT more than I expected and my Strava tracker indicated that I climbed to around 7800 feet above sea level. I ascended around the edge of the peak and actually began descending so I'm a little surprised I did not see any aspens, at least further up the mountain. Perhaps the conditions were not quite right on that mountain, or perhaps there were very small aspens nearer the top (the trail did not ascend all the way). The higher peaks of the Hualapais are quite beautiful with a buff to brown color of rock that is weathered to rounded forms. I really enjoyed the scenery and the character of the forest on the hike. 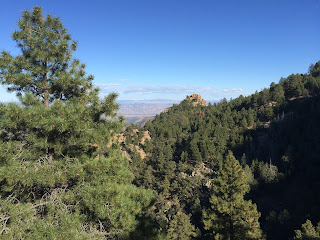 The Hualapai Mountains are considered to be a Madrean Sky Island. This is a term used by ecologists to refer to the isolated mountain ranges of the southern Basin and Range region. They are "islands in the sky" because the forest ecosystems are surrounded by a sea of desert that isolates them. They are "Madrean" because they flora and fauna are similar to that of the higher elevations of the Sierra Madre ranges in Mexico. The height of such ranges allows them to squeeze more moisture from the clouds than the surrounding desert. It's a fascinating concept to me and I have dreamed of visiting a mountain range isolated by desert like the Hualapais since I was about 10 or 11 years old. The views from the high elevations were not disappointing and it was incredibly interesting to be in a cool ravine with pools of water in a stream bed and to be able to look out upon the hot, dry desert in every direction. It's amazing that there can be water flowing off those peaks regularly when there is a particularly dry desert just a few miles away.


Anyway this is another one of those places I had curiosity about for a while and now I can check it off the list. If you ever happen to be in the Kingman area, the mountains are very easy to access and quite scenic.

Photo Dump
I probably got carried away here but it was a beautiful hike. 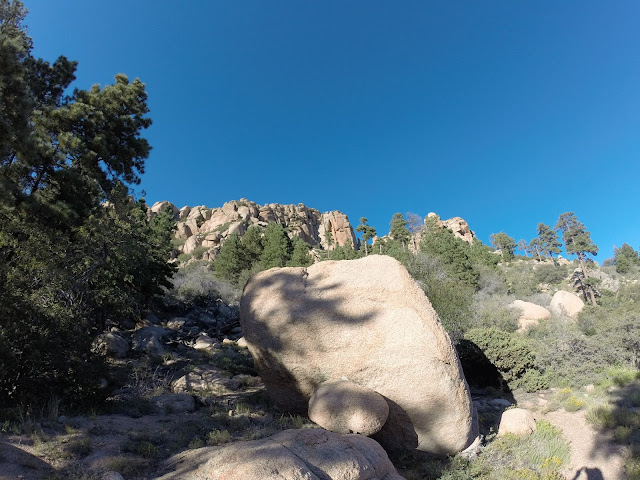 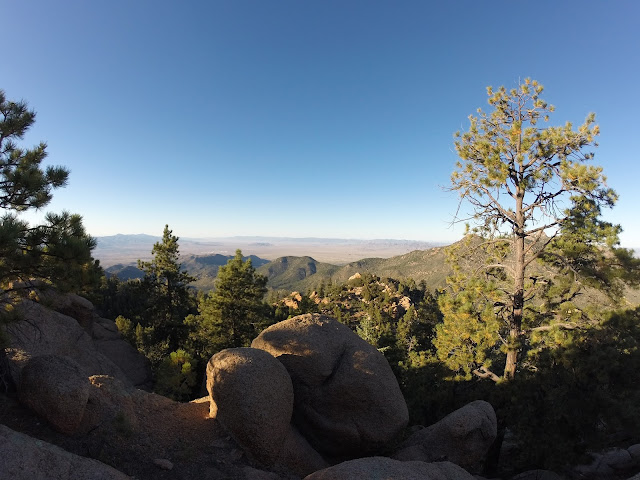 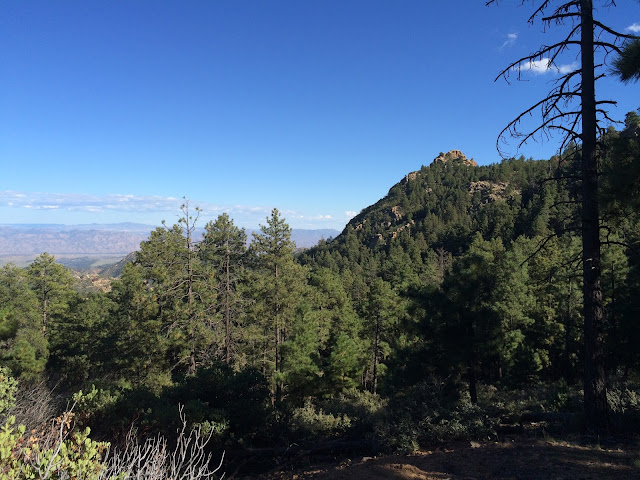 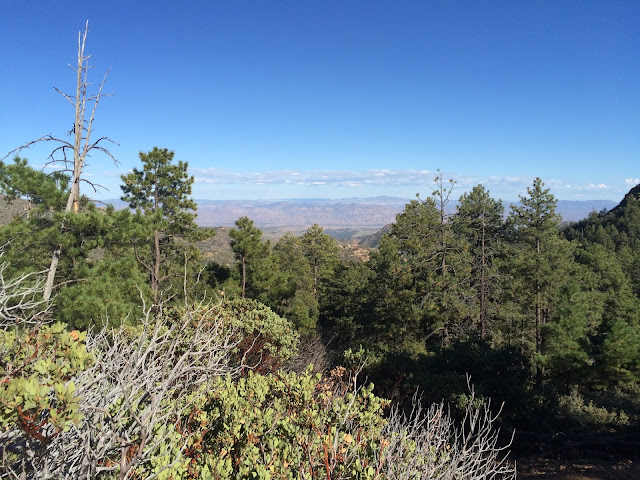 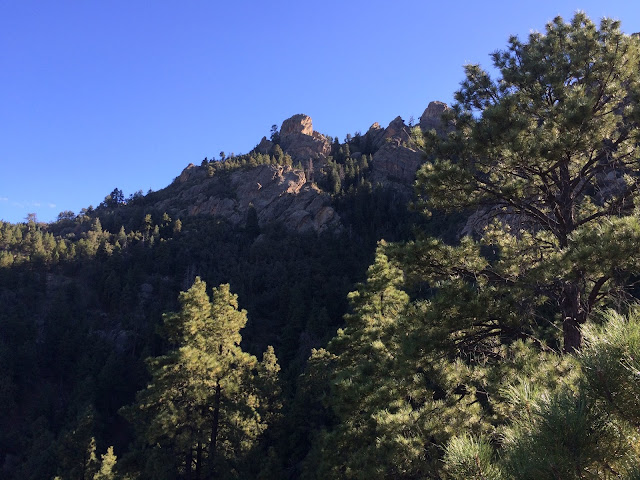 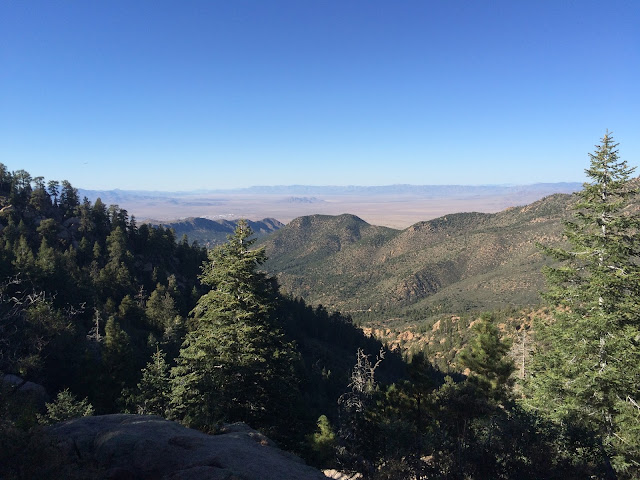 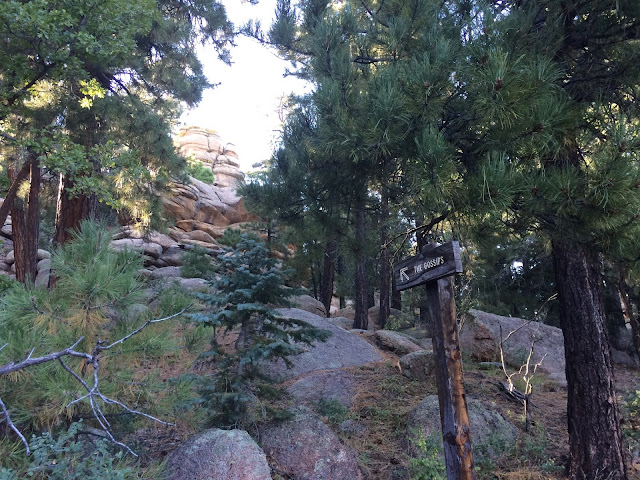 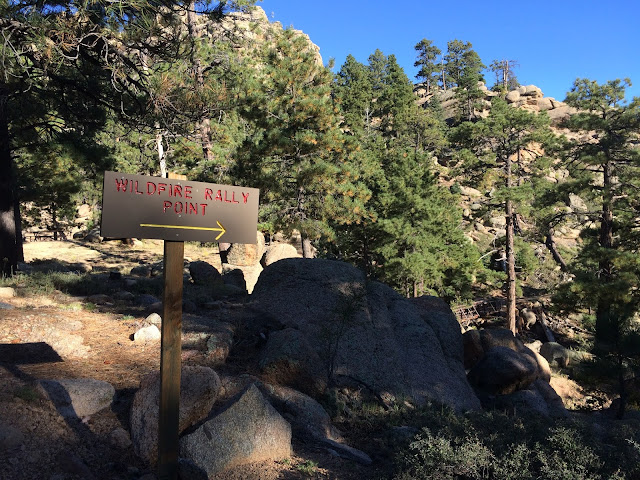 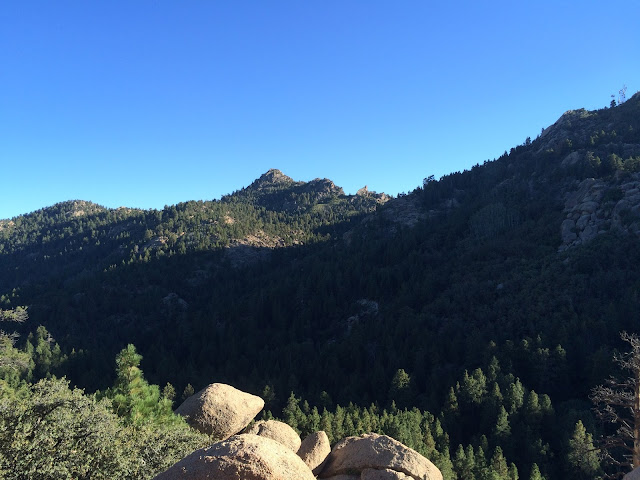