The mountain biking trails at Chicopee Woods have very good word of mouth in the Southeast. I've noticed there are two camps, those that like it as fast and flowy and those that dislike it for lack of technicality. I personally like to ride what is known as "buff singletrack," which is in the fast and flowy category. Singletrack denotes a traditional trail, typically wide enough for only a single bicycle or hiker. Buff means smooth, something that is rare in mountain biking in the eastern half of the United States. I don't mind some technicality from time to time but I particularly appreciate smooth trail. I decided to check out Chicopee last week.

The trail system starts out at a very nicely improved parking area, with some of the loops marked as directional based upon day of week. The trails nearest the main parking area are easy, but interconnect with more difficult trails to form a series of nested loops, occasionally crossing over or joining in with fire roads. It's pretty smooth on the easier trails and the fire roads but some of the intermediate trails have too many tree roots in my opinion. Still, it's a pretty smooth trail system on the whole.

Although Chicopee Woods is not in the mountains, it is surprisingly rolling. I racked up 1000 feet of total climbing in 11.9 miles, which is a good workout for me, especially since I have converted my mountain bike to a single speed. This means that I have only a single gear and can't change to easier gears for climbing. Occasionally the trail drops into ravines and there are several nicely constructed bridges for most of these, although I ran into a couple of stream crossings that appear to have been deliberately left in place for "fun." These are among the few points of interest, along with the markers for the location of a small plane crash from the 1990s.

It was about 2 hr 15 minute drive for me to get to Chicopee Woods, and although fun, it is probably a place I will only ride once unless I happen to have some other reason to be over that way. Since I had driven over on a Friday when I took a day off work and wanted to avoid the Atlanta rush hour, I decided to take the scenic route home, taking some city streets over to Georgia State Highway 53 which I followed through the foothills of the Blue Ridge Mountains over to Cartersville, Georgia where I jumped back on the interstate. I discovered that Gainesville is sort of a "Little Mexico" for the greater Atlanta area, and drove for miles passing businesses with signs in Spanish, or in both Spanish and English. It was kind of interesting.

It was a pretty good ride at Chicopee Woods, and I would recommend it as a destination if you don't have to drive too far. 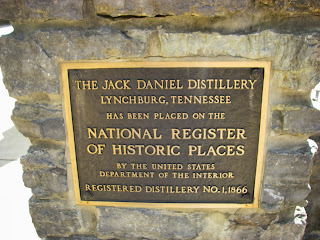 
I've wanted to paddle through the Tennessee River Gorge since I moved to Chattanooga in 2003, but I never got around to it until last weekend. The gorge is one of the largest canyons in the eastern half of the United States and is a place of great natural beauty and inspiration. It's ridiculously close to Chattanooga and can literally be reached within 10 minutes from downtown. I had to miss a couple other opportunities to paddle it, but finally my good friend Lois invited me to join in on a trip being organized by our mutual friend Mike to view the Fall foliage and I took great pains to try to make the trip.

The Tennessee River is one of the great rivers of North America. The river flows 652 miles from it's source at the confluence of the Holston and French Broad Rivers in Tennessee, through Alabama, Mississippi, back into Tennessee, and through Kentucky to the Ohio River, and it is the largest tributary of the Ohio. The Tennessee River Gorge, also historically known as Cash Canyon, is found where the river cuts through the Cumberland Plateau. Fortunately it has been mostly preserved by a series of land acquisitions by the Trust for Public Land, barring some pre-existing homesteads and some property of the federal government that has been developed for electricity generation.


Mike chose to launch at a boat ramp off Suck Creek Road, just inside the mouth of the Gorge along the foot of Signal Mountain, with the intention to paddle down to another boat ramp at the foot of Raccoon Mountain, my usual mountain biking location (nearly 1000 feet above the river). The paddle is now about 9 miles of flat water, although prior to the construction of Nickajack Dam downstream, there were several major rapids in the Gorge. The dam floods out the whitewater. Since I'm a whitewater paddler, I hope someday in the future to see the rapids uncovered, like when Nickajack Dam is undergoing maintenance. On such a large river, the dams were constructed to provide navigability for freight traffic on barges, and to provide electricity generation, so unfortunately I think we can assume that any significant dam maintenance will be held to a minimum.


We were initially encouraged by a fairly significant current at the launch, but within a short distance the current became negligible and we even got pushed back upstream by a mild headwind if we stopped paddling. It was as if we really dropped into Nickajack Lake proper. An examination of the upstream releases from Chickamauga Dam indicates that the flow was a relatively low 19,000 cubic feet per second for our run. I suspect the current would have been much stronger had we been luckier about those releases.

The river bends left and right, walled in by the forested scree slopes and the rocky bluffs of the mountainous edges of the Cumberland Plateau. Most trees were still clothed in leaves, although we all agreed that the colors had been slightly more vivid the previous two days and had tamed to russets, browns, and burnt oranges. It was still beautiful, just not as bright. We had just missed the peak colors. That was unfortunate, but it's a beautiful place to be at any time of year. Above us rock chimneys and caprock looked down on us, with a perfectly clear, deep blue sky arching between the canyon walls. It's a place to build memories.

We were awed by the scenery, but eventually the lengthy flatwater paddle became trying. We reached the takeout tired, but rewarded. After some boat loading and banter at the takeout, we retired to Mojo Burrito in the St. Elmo neighborhood for some delicious food and beer. It was a good way to spend a Sunday. Thanks Lois for including me!
Posted by Allen Pogue at 4:48 PM No comments: