I lack motivation for running right now, even though I'm trying to lose weight. It's because the days are shorter, Seasonal Affective Disorder (SAD), but I think the looming threat of public disorder is contributing. Civil conflict brings me down.

I forced myself out night before last and ran 2.3 miles, a short distance for me, but since I had been putting it off, I was well rested and ran with complete comfort. Maybe I don't do rest and recovery properly?

It was nice to be able to think about nothing while I was running, as opposed to having to silently tell myself not to stop over and over again. When you get that runner's high going, it brings a clear state of mind with it.

One of my favorite places to be.

Posted by Allen Pogue at 5:27 PM No comments:


When I was about 11 or 12, like many 80s kids, I was obsessed with ninjitsu, Navy SEALs, and camouflage. I had an entire outfit of cammo. I arranged a "hunt" with the only two boys in the neighborhood. This included my lifelong friend Scott, and another kid named Jeremy. We went back to the woods along perennial Pipe Creek, and agreed to boundaries, within which we would take turns hiding and trying to find each other.

What I achieved amazed me. I had head to foot cammo, with black, mud-spattered tennis shoes, a cammo baseball cap, and even a cammo bandana around my neck and face, with a ninja ski mask underneath. We took turns hiding. I assume it was a Saturday, although it might have been summer and we were off school, I can't remember now.

Scott was easy to find. Jeremy hid along a collapsed section of stream bank, rather than trying to rely upon his incomplete camouflage. Scott found him. I simply chose a gentle slope, covered with forbes and ferns, and lay their quietly, with my face concealed except my eyes, which I closed to slits. Both Scott and Jeremy walked around for several minutes and looked carefully over every inch of ground. I held my breath, squeezed my eyes almost entirely shut, and they looked right past me. I finally had to reveal myself.

During that period of my life, I read many Louis L'amour novels. His descriptions of tracking and how to move quietly through the woods to avoid detection and without startling wildlife captured my imagination. I first practiced walking quietly and slowly, then learned how to move faster with reduced noise. It was easier when I was lighter weight, but I still remember how to do it.

I've always been good at stealth. Some people might call it sneakiness. I frequently startle other hikers out on the trails. This is what we call the law of unintended consequences. Oops.

One of my pet peeves is when these city slickers out on the trail with very expensive technical clothing and gear look down on others because they didn't spend $1500 on their kit. Said city slickers maybe take a couple of vacations a year and otherwise hike once a month. Nonetheless, they took classes at an REI and read some books and now believe they are hot shot hikers. 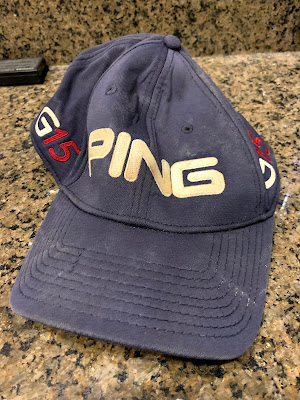 For a number of years I hiked in the Ping brand golf hat above that I bought at a course in Tennessee one time when I forgot to bring a hat. I sunburn easily so I picked up whatever was available in the pro shop. That became my sweaty, outdoor hat. Many hiking friends and strangers on the trail ridiculed it, as if wearing a golf hat while hiking was some type of bumbling mistake indicating a lack of experience.

I've been hiking since I was 3 or 4 years old. I grew up in the country, roaming where there were neither trails nor roads, wading through creeks and thickets, pulling off the cockleburs and scraping off the mud with sticks. I taught myself to track and stalk.

No, city hiker, your Arc'teryx thousand dollar jacket does not indicate superiority of experience or fitness. It just means that you are an unusually foolish person who judges a book by its cover. That hat accompanied me on dozens of outdoor expeditions and was perfectly functional for hiking, as anyone who spent their entire life hiking and exploring the outdoors could tell you.

I finally had to get rid of it, but I don't regret wearing it on hikes. You don't need the correct name brand for adventure.

Posted by Allen Pogue at 9:59 AM No comments:

I took a five day weekend, Thursday through Monday. It's a long enough break to forget what is going on at work. Unfortunately the weekend didn't go exactly as hoped. Our kayak trip on a new-to-us section of the Verde River ran a little longer than I expected. The water level was barely adequate. Everybody was relieved to see the takeout. I think the next time I go back, I will look for more flow, both to avoid rocks and to speed up the trip. Even a difference of a half mile per hour makes a big difference on a 5 mile float trip.

The next thing that happened was that I apparently dropped my eye glasses somewhere on a 2.5 mile hike at the Kachina Wetlands. This necessitated losing a morning to an eye doctor appointment. Now I'll have to wait two weeks for up-to-date eye glasses. I'm using outdated prescription glasses in the interim.
When you like adventure, you have to be prepared for the inevitable misadventure that goes with it.
Still worth it though. We got in two and half hikes and a paddling trip. Not bad.
Posted by Allen Pogue at 4:33 PM No comments:

M took me to a "secret" spot to view the fall colors on the San Francisco Peaks. We were alone on the trail at a time when many thousands of people flooded the Arizona high country to see the fall leaf change. The view from the high point brought me a sense of euphoria and glory. 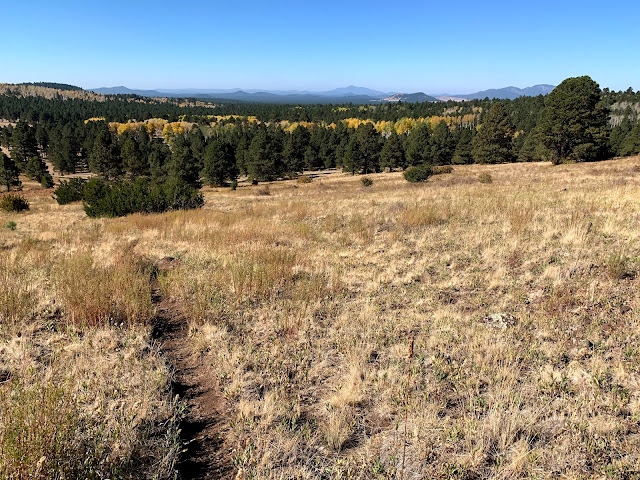 Life is still good.
Posted by Allen Pogue at 1:10 PM No comments: 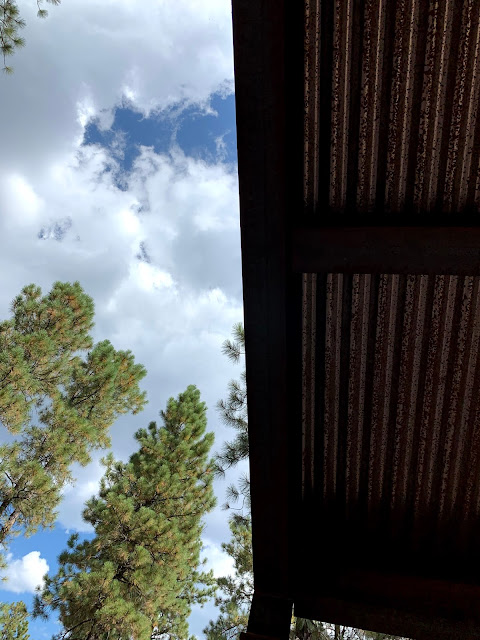 That week was too long. I was very productive at work but there were too many tasks required. Even though my job is a sitting job, I sometimes find myself exhausted. It isn't a physical exhaustion. It's an exhaustion of the mind. The brain needs rest too.

When I was younger, I felt a sharp inquisitiveness about work. I wanted to learn everything about technology. I dreamed of success as a leader or a software entrepreneur. Now I feel like I have a rusted coating on the outside. It looks good. It looks like experience. But the rust makes it difficult to move and think as quickly. It's difficult to get new information to the inside.